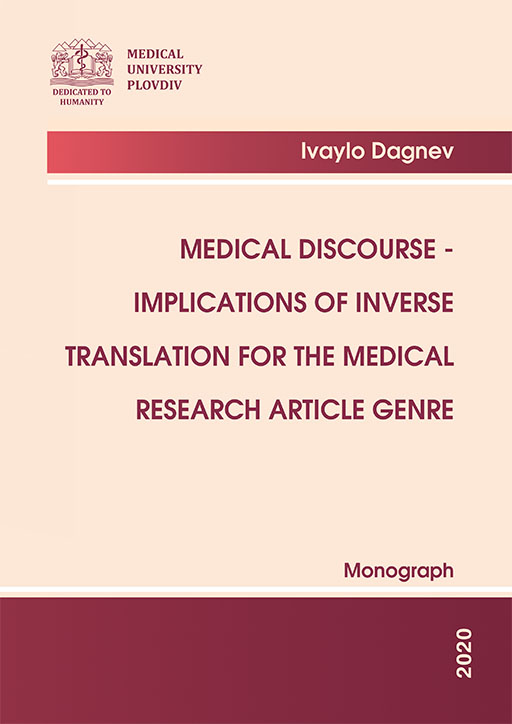 Writing a book on Translation Studies is a tall order. Nevertheless, it is more than fitting, as it is a monograph targeting an unpopular topic (among Translation Studies theorists, at least) such as inverse translation. Yet, this kind of translation is indispensable, a must-have for those whose mother tongue is not English, as the latter symbolizes rank, recognition, a world renowned success. That is the case with scientific writing in English, as it, being the lingua franca of science, makes admission to the scientific world community easy. For those doing science but using other languages, there are two main options – either write in English, or translate one’s research into the former. The first option demands years of rigorous study which is not always possible, given the consuming time devoted to science itself. The second option is no less cumbersome, as it requires finding a professional translator in the specific field. Of course, the option thereof makes allowances for translating one’s own research first and eventually have recourse to a professional translator, if the linguistic skills of the scholar in question necessitate some language corrections and “embellishments”.

All these cases are being discussed here to highlight the difficulties met by scholars in non-English speaking countries, such as Bulgaria, when they have to publish a paper in a prestigious journal, presumably in English. If medicine is the field of research, what is brought to bear is even more challenging, as the medical research space is one of the most rigorous in terms of publication in high-profile impact factor journals in English.

Given this broad problematic area, it is no wonder that a massive cohort of linguists have been dedicating time and effort to writing about academic genres reflecting the whole spectrum – from general theory of discourse and specialized text sorts, to analyses of specific features of the respective genres, to specialized translation, etc. So, it is to some extent surprising, that this theoretical lacuna has been left without due attention by the Bulgarian linguistic community. Of course, there is a plethora of guidebooks on academic writing, even in medicine. The field abounds in analyses of the language skills required, but there is a dearth of publications in the specialized area of comparative linguistics and Translation Studies. One thorough and detailed analysis of MRA was published in 2018 by Ilina Doykova (Doykova 2018), which studies MRA in English, subsuming under one cover articles from both Bulgarian journals (their English translations) and world famous, high profile impact factor journals. Doykova’s research is both contrastive and prescriptive, as she investigates MRA in linguistic terms and also gives recommendations and guidelines on writing MRA properly. A fully contrastive study is my monograph in Bulgarian: Dagnev: MRA Genre in Bulgarian and English Academic Discourses (Dagnev 2020), which endeavours to go to great lengths to provide an exhaustive analysis of Bulgarian and English language MRA. The difference in subject matter between the two monographs is considerable, as Doykova deals with articles written in English, while my work compares the surface realizations of MRA in the two languages.

This book consists of seven chapters. Chapter One deals with the topic of academic discourse and MRA genre in particular. It also touches upon such topics as discourse, register, genre analysis, genre forms of academic writing. Chapter Two is entirely dedicated to translation and attempts to shed light on some key concepts in Translation Studies, such as equivalence, specialized translation, inverse translation, translation shifts. The guiding principle of any analytical method in translation is the linguistic analysis applied to translation variation and interpretation. A fundamental keystone of this method of choice is the understanding that the translated piece is a text in itself, separate from its source. Chapter Three presents the technical details of the study: building the corpora and accounting for its specifics, the analytical method and some key points in the analysis. This chapter also makes a literature overview. The next three chapters: Chapter 4 – General lexical characteristics of MRA, Chapter 5 – Morpho-syntactic characteristics of MRA and Chapter 6 – Discourse elements and strategies in MRA, all expound specific elements of the research. The study covers the element in general in all of the abovementioned chapters and then presents a detailed rhetorical and structural analysis. A high point is the hedge form breakdown investigation, which aims at delving into the complex field of discourse analysis. The principle of comparison sees all three corpora juxtaposed with a special focus on translation.

The current monograph was inspired by my other book on this topic. In this connection, I would like to make two comments. First, as the two books (MRA Genre in Bulgarian and English Academic Discourses and this one) were being written at almost the same time, I used a common comprehensive pool of article corpora, and although the volume of my corpora in the two books is respectively quite different for specific reasons, the results may be similar as far as the comparative side of the two large corpora is concerned (the one in Bulgarian and the other in English). I consider it inevitable, but as the aims of the monographs are different, this peculiar feature may not be a disadvantage. It may even be considered an asset, as it shows the full potential of a study corpus. The second comment is related to the language of expression. I decided to write in English, which is not my mother tongue, as I think this book could be of interest to those whose first language is English, or whose command of the language is good enough: undergraduates of both medicine and linguistics, PhD students, teachers of EAP, linguists in the field of specialized translation. For those who might show some interest but whose level of proficiency of English is insufficient I have written a short summary in Bulgarian. 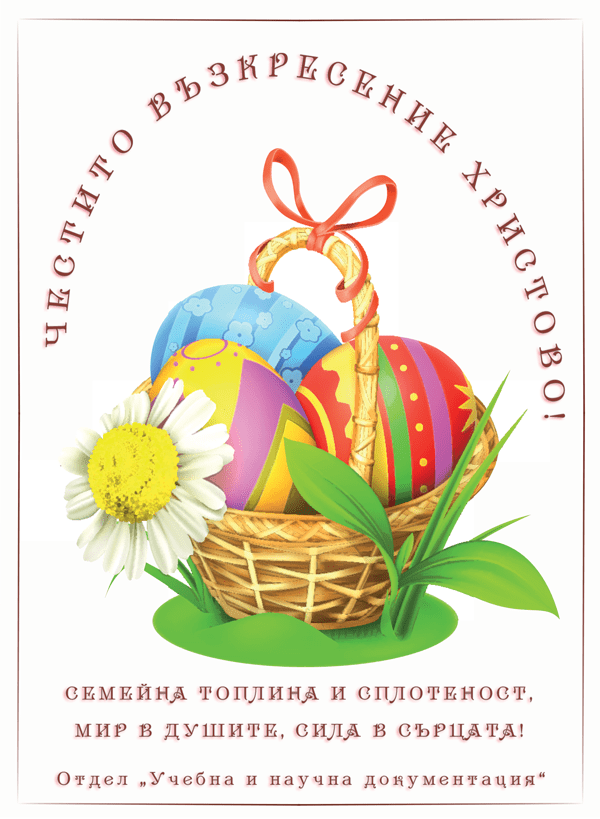